Have you ever heard the phrase “we eat with our eyes first”? That phrase quantifies why presentation is so important. Anyone (well, most anyone) can make delicious baked confections, but if they’re served with a thumbprint in the frosting or a piece cracked off of one side, the first impression is less-than-satisfying. London was ALL about presentation. The pride that accompanied not only the baked goods but the styling of the bakeries themselves was like nothing I’ve experienced before.

Presenting our next stop: Elan Cafe. 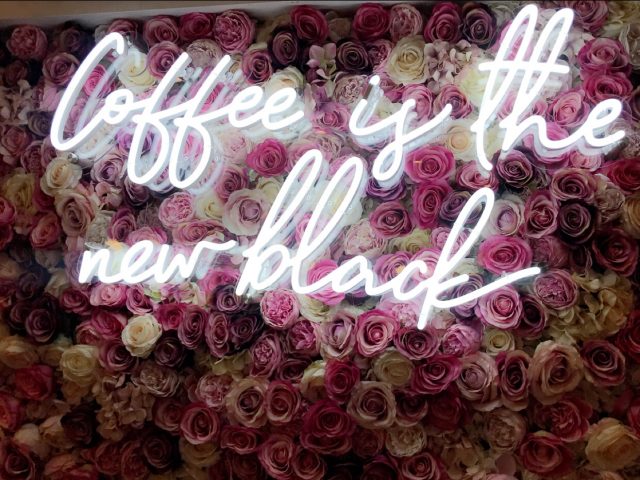 Coffee is the new Black

Elan is another little spot revered for their use of florals, which decorate nearly every inch of the place. In fact, their flower wall has been called “the most instagrammable spot in London.” So picture-worthy, in fact, that they choose one location-tagged pic every week to win a free coffee. This is an excellent idea! 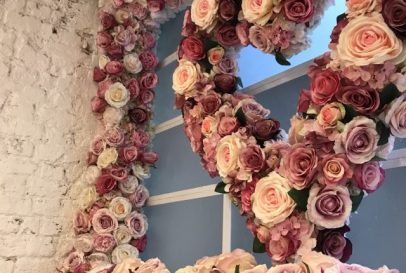 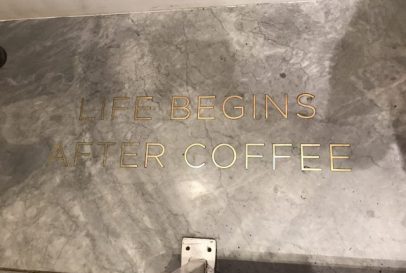 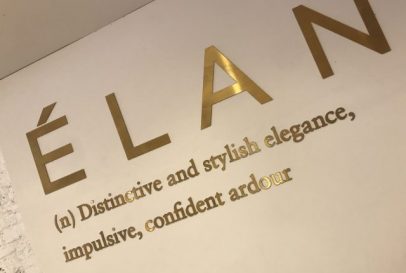 The thing we didn’t realize about Elan from pictures I had seen ahead of time was how very small it is inside! The tables are in the basement, and it’s about the size of my living room. You have to be very comfortable squeezing in next to perfect strangers in Elan.

After asking our very French, very funny waiter what were the best things on the menu, I took his advice and had a summer fruit tart. Once again those summer fruits were all over the place. It was the pinnacle of presentation and the fruit flavors blended so well together. It was a win.

Amanda asked what she should have and he recommended the Hazelnut Tart. (Ah-zelnoo was how he said it, which left us just nodding and saying “sure, sounds good!”) It WAS good, the chopped, toasted hazelnuts melded with the light hazelnut whip, the dark chocolate, and the croissant/cookie-like pastry just perfectly. It wasn’t too heavy, just rich and delicious. 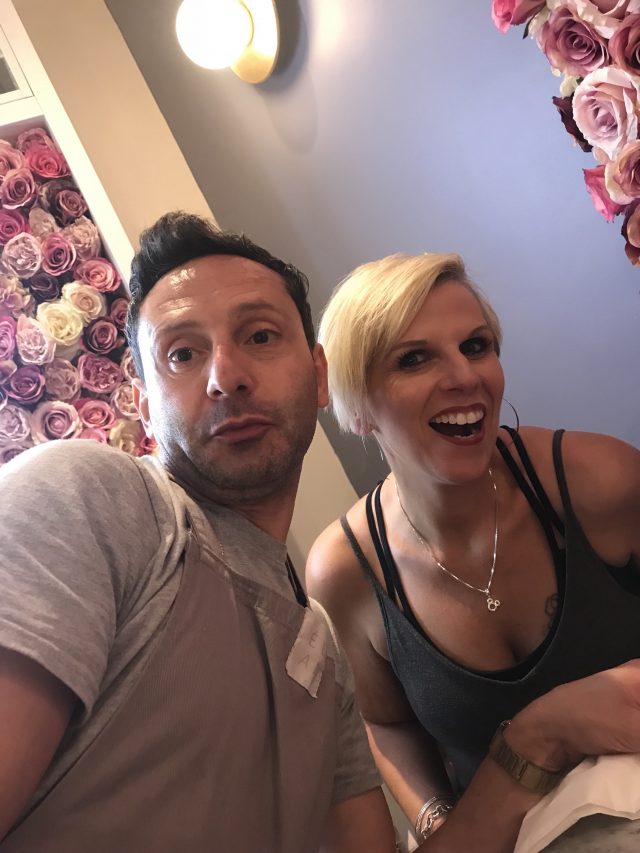 Elan is all about their coffee, so a latte was a nice accompaniment. No flavored syrup in Europe typically, just straight up latte. Also good.

I noticed they had “Coke light taste” (Diet Coke) on the menu, so I asked to order one. He literally wouldn’t not let me! At first I thought he was kidding, (“zees no goot.”) But he would not let me order it! He said it wouldn’t go well with the pastry, shook his head in disapproval and waited for my next option. It seemed more good-natured than anything else, so I laughed and ordered tea. The tea was another summer floral tea, but it came steeping and I was instructed to “wait until the flower blooms” to drink it. I wasn’t able to capture a good picture, but that’s exactly what it did inside the little French-press type glass pot, and it was both a feast for the visual sense as well as delicious.

It was incredibly hot in London, so I also asked for tap water with ice, and he smiled and rolled his eyes as he said, “ah, you Americans.” Finally he obliged and said, “Ice,” but qualified, “on the side” as if he had won an argument and was getting the last word. ????

Helpful hint in Europe: It does not matter how hot the weather is. You will need to ask for ice *specifically* if you want it for your water. Every. Single. Time.

He was hilarious. And difficult to understand. He was good-natured and he made every customer feel lighter and happier. Because of his thick French accent, we did a lot of smiling and nodding and taking his advice on the menu. That was perfectly ok; he didn’t steer us wrong.

More flowers as you round the top of the steps and head downward into the basement, which is the main location of the tables at Elan. Those servers must climb 2,487 flights in a day as they went up, down, up, down grabbing pastries from upstairs and serving guests downstairs.

Everything at Elan was about beauty. Their desserts were presented sumptuously with exquisite detail. I wanted to try everything.

With the heat in London, picking anything for “take-away” wasn’t a viable option, so we chose only the two and chose to photograph everything else. The pictures may look good enough to eat, but I promise they taste better in person!

This is inlaid into the marble at the top of the stairs at Elan. Coffee? Yes. Yes please.

Elan was another highly-anticipated stop. There were things that were different than I had expected (the overall size of the place, for instance) but I was not one bit let down. It was everything I had hoped in terms of presentation and beauty.

Though they do serve sandwiches for lunch, we did not partake, so I cannot comment on how they taste. Sort of on this “eat dessert first” trek, we stuck to the most important things at Elan. 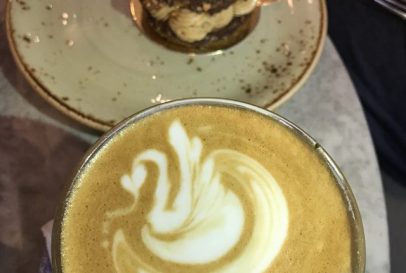 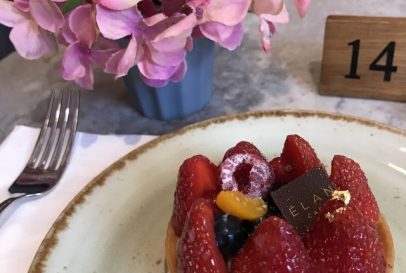 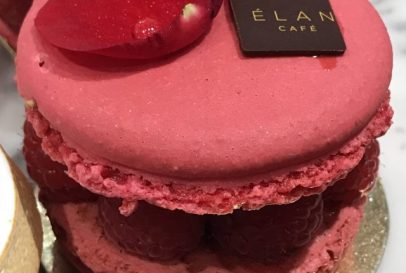