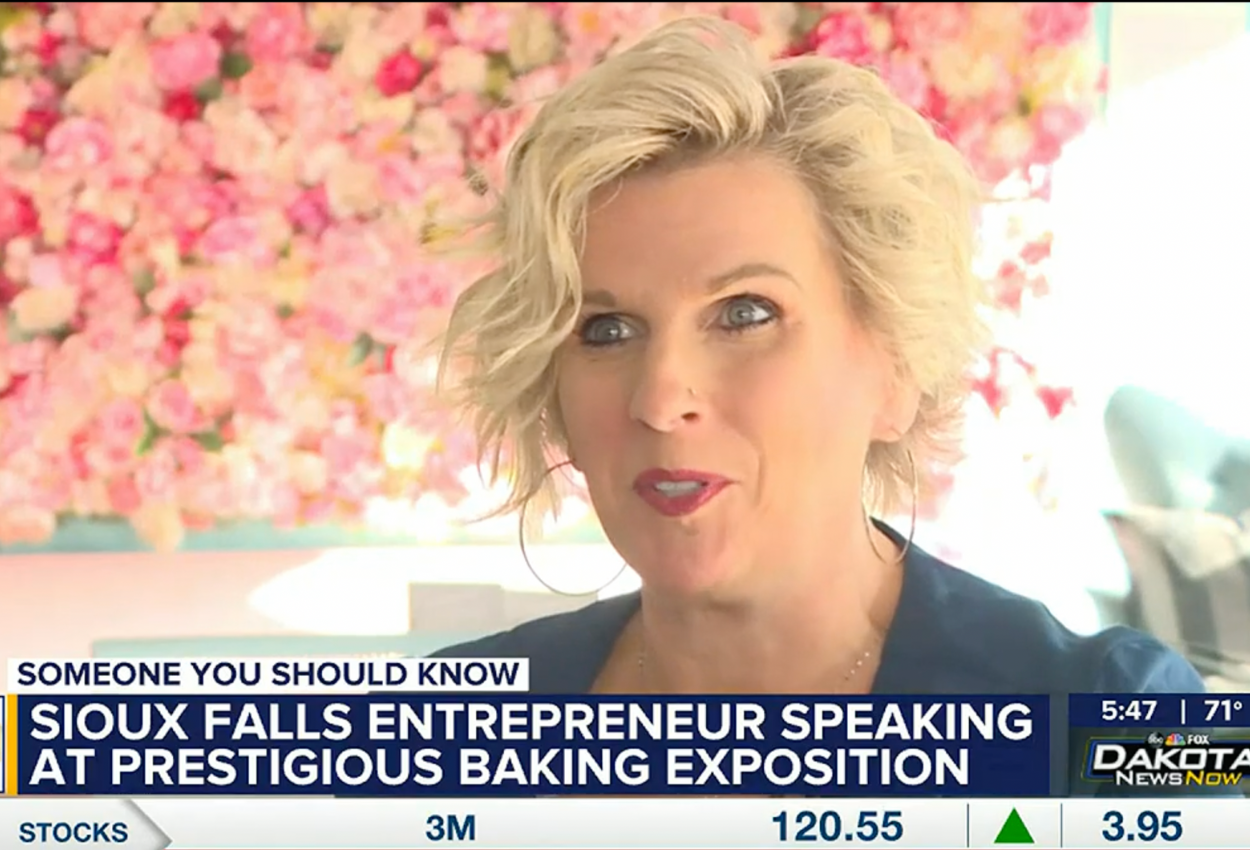 Oh My Cupcakes! was founded in 2009 with hope and a dream.

“Oh My Cupcakes began actually, 13 years ago and it was really born out of a job change that turned out to not work out the way I thought it was going to, and sometimes desperation leads to creativity and that’s exactly what happened,” said Melissa.

Though Oh My Cupcakes! has been recognized in the top 50 best cupcake shops in the country twice, it wasn’t exactly the sweetest beginning.

“I always wanted a cupcake place where people could come in and enjoy a special moment with their family. It’s not exactly how it started off. I had less than $100 to start and put in a bank account and put Oh My Cupcakes at the top of some checks so, hey, we had a business, right?” said Melissa.

She had a friend along with her children who helped her make cupcakes in a commercial kitchen and started from scratch in Sioux Falls.

Now, her employees are aptly named Cupcake Ninjas who work hard in the two locations.

“Cupcake Ninjas, you know they have to move super fast, they get up so early, our first ones begin at 3 am,” said Melissa.

“It’s calming and inviting and fun to come here, and everybody is really nice to each other, and when I deliver cupcakes everybody is smiling and happy, so it’s a great job,” said delivery driver April Tappe.

Melissa Johnson will be among the world’s leading bakers speaking at the 2022 International Baking Industry Expo in Las Vegas, Nevada.

“Three years ago, when I went to the International Baking Industry Expo, I took in a lot of the education sessions and remember thinking I could do this, I feel I could add value, I feel like there is something I could say that could be valuable to people. So I applied this year and was invited to speak,” said Melissa.

The event brings together thousands of professionals from across the entire grain-based foods industry and from all over the world.

“All of the big names of baking are there and I’m not on the exact same stage they are, but just to be invited to speak at the same conference they are is really an honor,” said Melissa.

Melissa wrote Fingers in the Frosting: God’s Hand on the Creation of Oh My Cupcakes! helping new entrepreneurs find their way and has another book in the works.

“Being part of the community is one of the three pillars of our core values. Our core values are integrity, commitment to family, and generosity. With that not only do we want to give away cupcakes but give of our time as well. I serve on a couple of boards in Sioux Falls that I am proud to be a part of and love to partner with organizations whenever possible,” said Melissa.

She makes it an effort to seek out opportunities to connect with her community and support other female entrepreneurs.

When looking to the future Melissa is hoping to pass the torch.

“I do a lot more coaching now instead of managing which I feel is an opportunity to step into my strengths. I say my favorite hat to wear is a professional encourager,” said Melissa.

“So that they can grow the business and bring us to the next generation whatever that looks like,” said Melissa.

Melissa wants to leave a positive impact and is proud to represent South Dakota at the International Baking Industry Exposition.

“Really what I love to do is, I always say my personal statement is I create beautiful things that bring people joy. Whether that’s cupcakes, whether it’s candles, whether it’s writing words or whether it’s serving on a board and helping the world be a better place, that’s just really what I want to be about,” said Melissa.